History of the Office

Texas A&M is a university known for its rich history and traditions. As the state’s first public institution for higher education, Texas A&M’s past successes and future visions reflect the leadership of its presidents. Past presidents of Texas A&M range from former governors and legislators to professors and researchers. Some have guided the university through the nation’s darkest hours; some have helped further Texas A&M as a national and international leader in teaching and research. A list of those who have served is provided below with brief information regarding their presidencies. 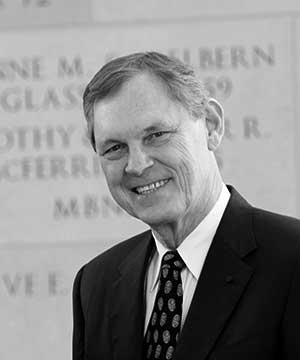 Texas A&M Distinguished Professor of Aerospace Engineering John L. Junkins — a nationally renowned educator, researcher and inventor — has taught for 35 years at the university, earning a reputation for being a collaborator and consensus-builder who works with a wide array of constituents, ranging from faculty and staff to students and former students.

Junkins, who is the holder of the Royce E. Wisenbaker Chair in Innovation, is the founding director of the Hagler Institute for Advanced Study, an innovative interdisciplinary effort that brings some of the world’s most prominent scholars to collaborate with Texas A&M students and faculty.

He joined A&M faculty as the first endowed chair holder in the College of Engineering, previously holding academic appointments at the University of Virginia and Virginia Polytechnic Institute. Junkins wrote more than 400 papers and eight widely-used technical books. 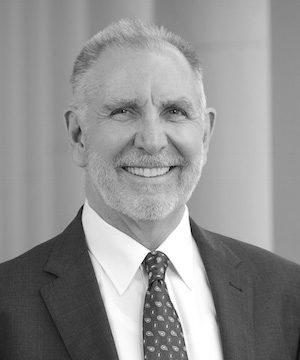 Michael K. Young, a lifelong public servant, is a tenured faculty member at the Texas A&M Law School, as well as the Bush School of Government and Public Service, where he is the first director at the Institute for Religious Liberties and International Affairs. Prior to coming to A&M, he served as president at the University of Utah and University of Washington. He was dean and Lobingier Professor of Comparative Law and Jurisprudence at Columbia University for 20-plus years, and visiting professor and scholar at three universities in Japan. Other posts include deputy undersecretary for economic and agricultural affairs, and ambassador for trade and environmental affairs in the Department of State.

Prior to serving as interim president, Mark A. Hussey was named vice chancellor for The Texas A&M University System and dean of the College of Agriculture and Life Sciences in 2008. Hussey also oversees the System’s four agricultural agencies.

Before his appointment as interim president, R. Bowen Loftin was vice president and chief executive officer of Texas A&M University’s branch campus in Galveston. He has also been a professor of electrical and computer engineering and computer science at Old Dominion University in Norfolk, Virginia, and executive director of the Virginia Modeling, Analysis and Simulation Center. Loftin was one of only five Aggies to serve as president.

Elsa Murano became the first woman and first Hispanic-American president of Texas A&M on January 3, 2008. Previously, Murano served as vice chancellor for The Texas A&M University System and dean of the College of Agriculture and Life Sciences. Murano resigned on June 15, 2009 to return to teaching and research as a professor in the Department of Nutrition and Food Science.

Eddie J. Davis, president of the Texas A&M Foundation since 1993, took leave from this position to serve as interim president after the departure of Dr. Robert Gates until the appointment of Dr. Elsa Murano.

Robert Gates became president in 2002, after serving as interim dean of the George Bush School of Government and Public Service at Texas A&M from 1999-2001 and as director of the Central Intelligence Agency (CIA) from November 6, 1991 until January 20, 1993. On December 16, 2006, Gates officially resigned the presidency to assume the role of secretary of defense of the United States after his nomination by President George W. Bush. On February 2, 2007, Gates was conferred the title of president emeritus by unanimous vote of the Texas A&M University System Board of Regents. After the 2008 presidential election, Gates became the first Secretary of Defense in history to serve under two presidents of different parties.

Prior to becoming president, Ray Bowen was the interim president of Oklahoma State University. Bowen’s tenure featured the launching of “Vision 2020″ – Texas A&M’s roadmap of the institutional evolution required to achieve its mission as a land, sea and space grant institution of global preeminence by the year 2020. Bowen led the university during one of its worst on-campus tragedies – the collapse of the 1999 Bonfire. Bowen was the fourth Aggie to serve as president.

E. Dean Gage was serving as a provost and academic vice-president at Texas A&M when he was appointed acting President on September 1, 1993. After withdrawing his name as a candidate from the presidential search he left office on June 1, 1994.

William Mobley assumed the presidency of Texas A&M University on September 1, 1988. He served as president until his promotion to chancellor of The A&M System on September 1, 1993. On June 12, 1994, Mobley resigned the chancellor’s position to return to teaching.

Head of the Department of Civil Engineering since 1964, Charles Samson was appointed the university’s acting president on July 10, 1980. He served until September 1, 1981, when Frank E. Vandiver assumed the presidency, and Samson was subsequently appointed the vice president for planning.

Director of the Texas Agricultural Experiment Station, Jarvis Miller was named president of Texas A&M University on August 1, 1977 and reassigned by the Board of Regents as a special assistant to the chancellor on July 10, 1980. He was the third Aggie to serve as president.

Alvin Luedecke was the associate dean of the College of Engineering when he was appointed to be the acting president. Luedecke served from March 30, 1970 until November 1, 1970.

James Earl Rudder, hero of D-Day as commander of the U.S. Army’s 2nd Ranger Battalion known for storming the beach at Pointe du Hoc, became vice president of Texas A&M in 1958, and president on June 27, 1959. In 1963, the Agricultural & Mechanical College of Texas became Texas A&M University, and Rudder helped transform the small land-grant college into a respected university. Participation in the Corps of Cadets was made optional, enrollment doubled, the campus slowly became integrated and women were formally admitted. In addition, the research program was greatly expanded and academic and faculty standards were improved. On September 1, 1965, Rudder took over the System presidency as well, holding both positions until his death on March 23, 1970. Rudder, a 1932 graduate of Texas A&M, was the second Aggie to serve as president.

From the Office of the President